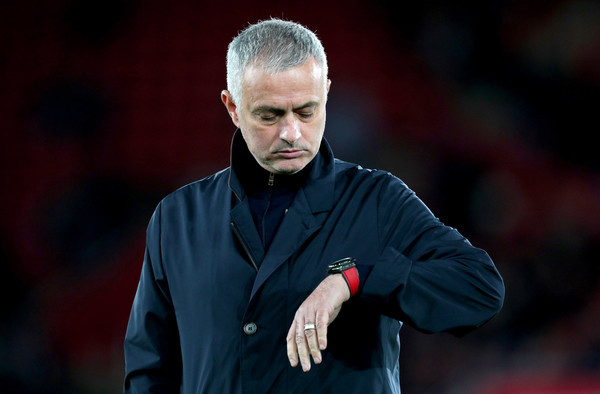 „Like so many elements associated with Manchester United Lukaku has simply been deflated, all sense of joy and zest sucked from his game by the anti-chemistry of this grey regime, a player who has gained nothing, learned nothing, gone nowhere. (…)

Liverpool are of course the main story here. Jürgen Klopp’s team were overwhelmingly superior. They had 36 shots at goal. They might have won by five goals. Klopp made a perfectly judged substitution, bringing on Xherdan Shaqiri to take the game away. But still, somehow, Liverpool’s excellence was overshadowed by the sheer barren awfulness of their opponents.

This was beyond dire – dire squared, dire football played in dire fashion by a dire selection. Imagine a bad plan, enacted badly, by someone not very good at enacting bad plans. Imagine a negative approach, applied with extreme negativity by a group of players feeling negative about the actual merits of all this negativity. Why would anyone want to keep doing this? Is Mourinho enjoying it? Even United’s starting XI was a deathly thing with seven of the 10 starting outfield players either defenders or defensive midfielders. (…)

For a while United looked like a massively hung-over pub team startled to find itself facing a group of peak-condition professionals. What’s the point of picking a tough, battling, muscular team if they get out-battled, out-muscled and out-toughed? (…) A José Mourinho team that can’t defend: what, exactly, is the point of this? (…)

Liverpool march on and will now face a vital couple of weeks in their pursuit of the league title. United will continue to drift strangely, a vast, malfunctioning machine, clogged at every level and producing here a performance of such painful, fearful negativity it almost felt like a piece of doomed and terrifying art.“