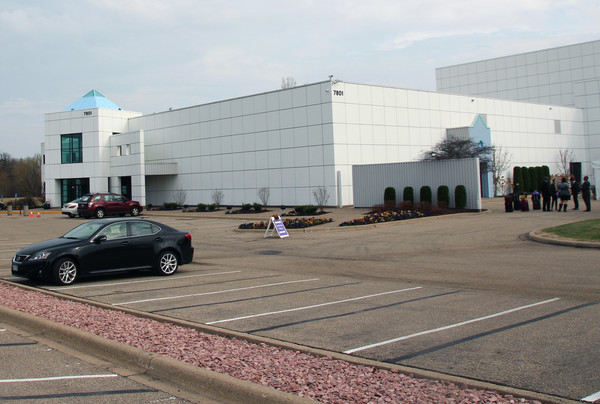 * In 1987, Prince built a sixty-five-thousand-square-foot, ten-million-dollar recording complex in Chanhassen, Minnesota, and called it Paisley Park. It was intended to be a commercial facility—Madonna, R.E.M., and Stevie Wonder all recorded there—but by the end of the nineteen-nineties it had stopped accepting outside clients. Eventually—no one can quite say when—Prince began living there. He wanted to establish a self-contained dominion, insulated from interference or judgment, where he enjoyed total control, and his life could bleed easily into his work.

* Prince didn’t like cameras or cell phones, and visitors are asked to turn these off and place them in pouches at the front desk. (When I left, my pouch was unsealed by a stone-faced security guard whose sole duty appeared to be unsealing pouches.)

* On my first visit, I took the V.I.P. tour, which costs a hundred dollars (there is an additional fee for parking), and takes about an hour and forty minutes. Tickets must be purchased online in advance, and buyers are instructed not to show up more than twenty minutes before the tour begins. The staff is strict about these rules; when I arrived for my 1 P.M. tour a little after twelve-thirty, I was turned away, and nervously circled a Target parking lot.

* The tour begins in the atrium. A pair of caged white doves coo peaceably on an upstairs balcony. (Divinity and Majesty, doves Prince kept as pets, received an “ambient singing” credit on his album “One Nite . . . ,” from 2002. Divinity still lives at Paisley Park, though Majesty died in 2017.) Prince’s ashes are mounted fifteen feet above the white marble floor, in an urn designed to resemble Paisley Park

* One of the highlights of the tour is a chance to play Ping-Pong at Prince’s own table, where he often beat his guests—including Michael Jackson, who visited Paisley Park in 1986, while Prince was working on the film “Under the Cherry Moon,” the follow-up to “Purple Rain.” Prince mercilessly taunted the hapless Jackson, who had never played Ping-Pong before. When Jackson dropped his paddle, in defeat or clumsiness, Prince joyfully walloped a ball into his crotch. (The gift shop now sells canary-yellow Ping-Pong balls branded with Prince’s purple symbol; I bought a set of two for twelve dollars.)
* It’s fun to imagine Prince doing ordinary things here, like unwrapping a microwave pizza, waiting impatiently for it to cook, and then getting molten cheese plastered to the roof of his mouth. (The tour, I should note, does not suggest any such goings on.) The screen saver on the desktop computer in the editing bay features a scene of Egyptian pyramids. At the time of my visit, there were framed posters of Fritz Lang’s “Metropolis” and Clint Eastwood’s “Bird,” a film about the life of Charlie Parker, and scented candles had been placed in almost every room.

* In 2004, when Prince briefly rented a mansion in Los Angeles from the basketball player Carlos Boozer, he redesigned the place, putting his logo on the front gate, painting pillars purple, installing all-black carpet, and adding a night club.