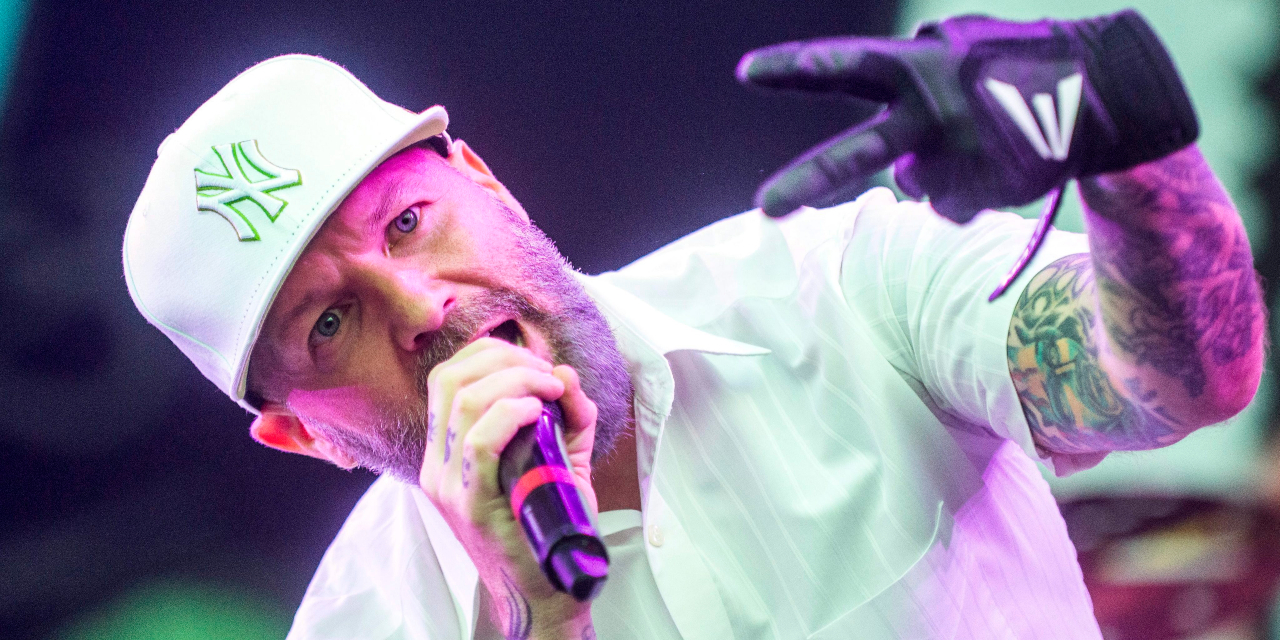 "How many Limp Bizkit fans does it take to change a light bulb?"

„Jesus! Will someone change the slaphead’s nappy, pleeeeeeease?!. How much ’stuff‘ do you think we have to give Fred before he stops whining, eh? The way it works is – we give the bald bastard mountains of moolah and then Fred goes and converts our cash into tons of cool „stuff“ like jet-skis, posh cars, pâté de foie gras, scallops, filet mignon, Malibu Beach mansions, Ferraris and corporate leverage and shit. But is he happy? Is he fuck! Like Buddha, he finds mere material things fail to satisfy the aching hole at the core of his spiritual being. So what does he do about it? He whines! WHINE WHINE WHINE WHINE WHINE! Like a fucking DOG!“
(…)
„A thrilling combination of grunge guitars and hip-hop beats, Limp Bizzzz… No. No way. Let’s put a stop to this right now. Look, just because Limp Bizkit are currently the biggest band on the planet, it doesn’t automatically mean they’re good. They’re appalling. How can so many people have been fooled by Fred Durst’s lumpen designer angst? He’s fucked up, of course he is, that would presumably explain how he achieved his executive position at Interscope records. And the wisdom he imparts to the generation of glassy-eyed, slack-jawed, baggy-trousered pondlife who respect him as, like, a totally serious artist? „Take my advice“, he whines, „you don’t wanna step into a big pile of shit“. Thanks, big dude. The line about looking both ways before crossing the road is mysteriously absent. How many Limp Bizkit fans does it take to change a light bulb? Two. One to change it, another one to break its stupid fucking face ‚cos it was shining at him ‚weird‘. In every respect, a dreadful record.“