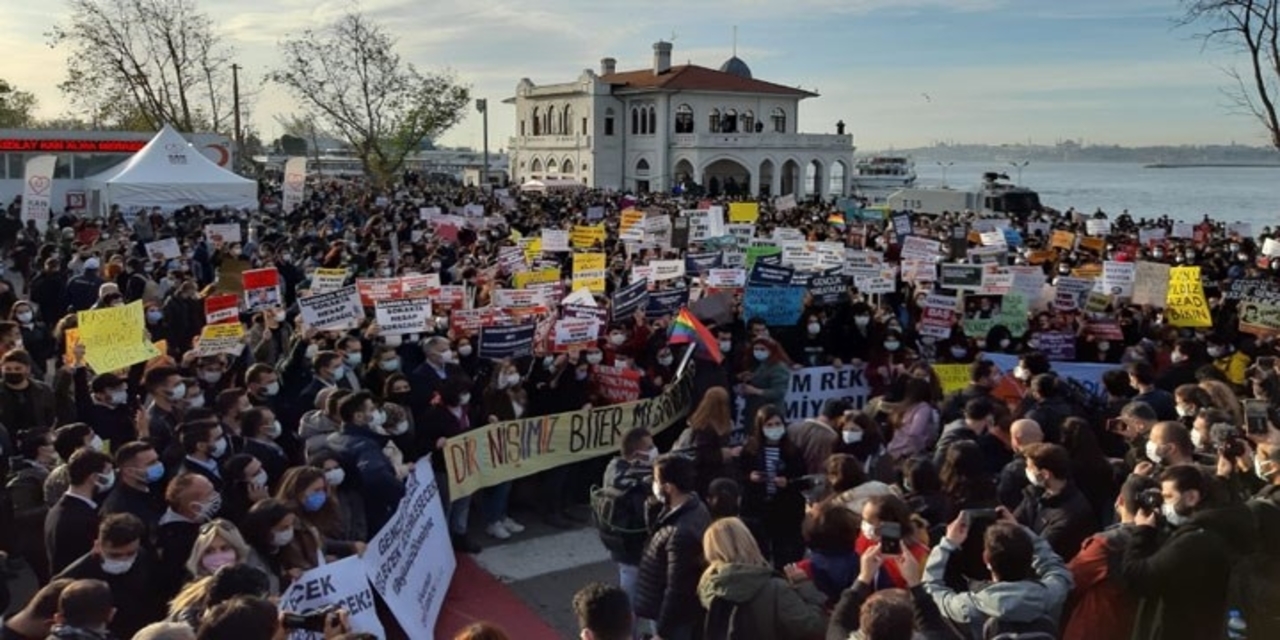 Police detain 16 university students in home raids on Jan. 5 for protesting the appointment of rector by AKP Government

Istanbul police detained 16 university students in home raids in the early hours of Jan. 5, less than 24 hours after the students were teargassed by officers in front of Boğaziçi University school for protesting the appointment of a rector via presidential decree.

The appointment of ruling Justice and Development Party (AKP) member Melih Bulu as the rector to Turkey’s most prestigious higher education institution prompted nationwide outrage since the move was seen as a direct interruption of academic freedom.

Police battered and detained students at a Jan. 4 demonstration outside of the school’s main campus, where the largest crowd the location has seen in recent years had gathered to call for Bulu’s immediate resignation.

The prosecutor’s office reportedly issued detention warrants for 28 people on the grounds of violating the Turkish Meeting and Demonstration Marches Code, but police were only able to detain 16 people in simultaneous raids to 24 different locations.

Four of the students detained in home raids were also members of the national student organization Öğrenci Kolektifleri, the collective noted in a tweet.

„It’s assumed that the police has a long list [of names],“ Öğrenci Kolektifleri said.

The students who were detained were from multiple different universities, including Mimar Sinan University and Istanbul University, according to Boğaziçi Solidarity, a student organization from the school.

Bulu’s immediate resignation and the organization of rectorial elections are the protesters‘ primary demand, along with the resignation of all rectors nationwide who were appointed, and not elected.

Marking a horrifying superlative, Bulu became the first rector appointment from outside the university since the military coup of Sep. 12, 1980, one of the bloodiest chapters in Turkish history.

Fälle in Berlin, Verdacht in NRW