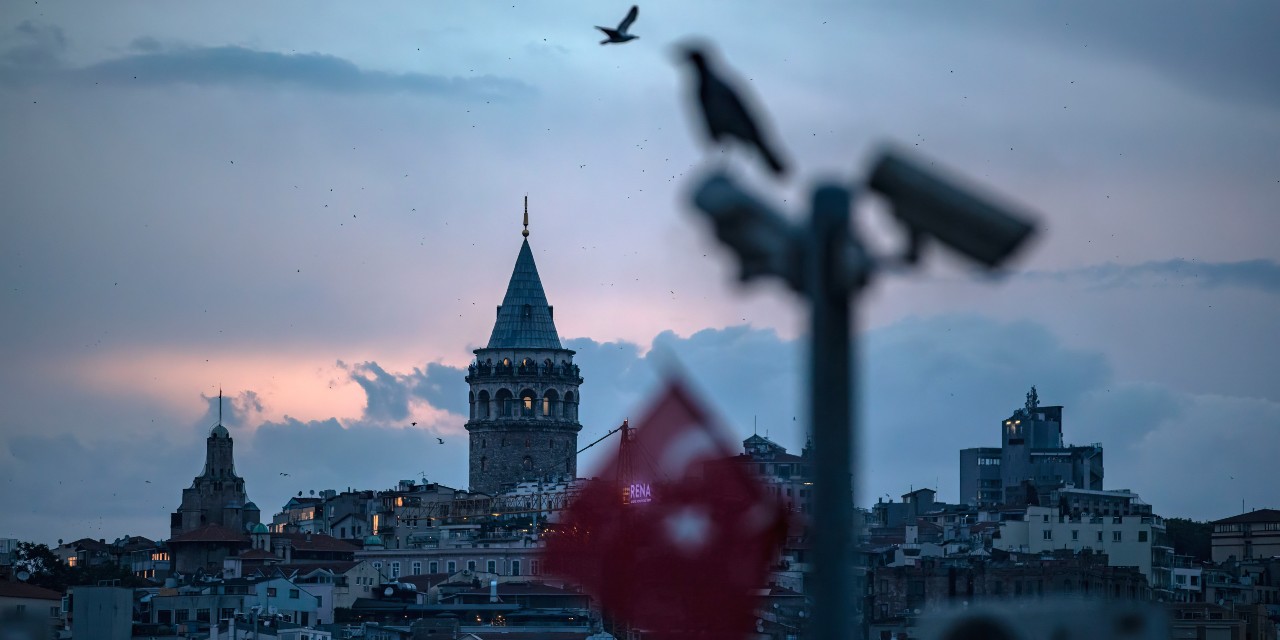 Since the 19 years of AKP rule, the art world has been subjected to pressure and censorship through methods such as punishment, prohibition, investigation, targeting, threatening, intimidation, humiliation, obstruction, physical and verbal attack and marginalization. This political pressure, which destroys diversity, freedom of expression and critical thinking in the society, keeps the art world in a precarious state. Halls and venues of state art institutions and independent art venues are closed or demolished, books are banned, movies are censored, statues are destroyed, painters are arrested, independent theaters cannot receive funding because of having supported the massive Gezi Park resistance in 2013.

The year AKP came to power, it cut the funding of Atatürk Cultural Center (AKM), which was put into service as the fourth largest art center in the world in 1969 and is one of the iconic venues of Istanbul. The AKP government prevented the maintenance and repair activities from being carried out. Ignoring the historical, symbolic and cultural significance of the building, the government highlighted the rent calculations for the building’s land. The building, which was on the agenda for demolition until 2012, was decided to be restored thanks to criticism and reactions. Beyoğlu’s Emek Movie Theater, another historical venue for culture and art, was demolished by the government for the construction of a shopping mall in 2013, and the famous film critic Atilla Dorsay, who protested the event, was assaulted at the construction site.

The Ministry of Culture and Tourism stopped giving funds to independent theaters that supported the Gezi resistance, such as Dostlar Theater under the management of Genco Erkal, Altıdan Sonra Theater, Destar Theater, Bulut Theater, and Ferhan Şensoy’s Ortaoyuncular, as of 2013-2014.

Reyan Tuvi’s documentary film „Love Will Change The Earth (Yeryüzü Aşkın Yüzü Oluncaya Dek)„, about the Gezi Resistance, was selected by the preliminary jury at the 51st International Antalya Golden Orange Film Festival but was excluded from the documentary competition program by the festival management. The screening of the documentary “Ali – A Free World in his Dreams (Ali–Düşlerinde Özgür Dünya)” about Ali İsmail Korkmaz, who was beaten to death in Eskişehir during the Gezi Resistance was banned by the governorship of Hatay, his hometown on his birthday. In April 2016, the documentary film about Roboski Massacre “I Remember (Hatırlıyorum)” was removed from the 27th Ankara International Film Festival.

Following the attempted coup of 2016, 301,878 books have been removed from Turkish schools and libraries or destroyed according to Turkey’s Ministry of Education. At Istanbul Bahçelievler Kumport Secondary School, an investigation was launched against 5 Turkish teachers who recommended Aziz Nesin’s book „Today’s Children Are Wonderful (Şimdiki Çocuklar Harika)“. Previously, the books “Samarkand and My Sweet Orange Tree” were investigated in the same district.

Famous rapper Ezhel was tried on the grounds that his lyrics „openly encouraged the use of drugs or stimulants“. He was arrested and sent to prison in the second trial, although he was released on condition of judicial control in the first trial. He and Khontkar Onur Dinç and Young Bego were tried and sentenced to prison for the same reasons. Ezhel, who was imprisoned for about a month, was acquitted in the first hearing.

Minorities Are Subjected to More Censorship and Repression

The artistic freedom of expression of kurdish Grup Yorum , one of the most influential music groups in Turkey, has been systematically violated for years. Many lawsuits were filed against the group members on grounds such as „making propaganda for a terrorist organization“ and „membership in a terrorist organization“, and the İdil Cultural Center, where the group regularly rehearsed, was raided by the police at least 3 times. The members of the group were arbitrarily detained, their concerts were repeatedly banned. Group members Helin Bölek and İbrahim Gökçek, who went on a death fast with demands for the banning of concerts to be lifted, the cultural center not to be raided and the lawsuits against the group members to be dropped, lost their lives in 2020. Grup Munzur was also sentenced to 10 months in prison for „propagandizing for a terrorist organization“ with the Kurdish songs „Zindana Diyarbekir“ and „Serhildan Jiyane“, which they sang at the Van Newroz celebrations in 2017. The announcement of the verdict has been delayed, however, if the band members commit the same „crime“, that is, if they sing these songs again, they will be sentenced to prison.

Musicians who advocate gender equity and LGBTQI+ rights are also exposed to similar pressures and censorship. When the musician Melek Mosso said „The Istanbul Convention will keep us alive“ before singing the song „Keklik Gibi“, which she dedicated to the victims of feminicide the police were called and the artist was removed from the stage, at a concert she gave in August 2020. Musician Mabel Matiz, known for his queer identity and support for the LGBTQI+ movement, dedicated his award to „everyone who celebrates and spreads diversity“ at the 46th Pantene Golden Butterfly Awards, but these words of the artist were censored and published incompletely.

The demolition of a huge Turkish statue devoted to reconciliation with Armenia has begun, months after the prime minister described it as a „freak“. The 30m-high statue – depicting two human figures facing each other – was erected on a mountain in the Turkish city of Kars, near the Armenian border as a friendship symbol between Armenia and Turkey.

Kurdish painter Zehra Doğan was accused of “being a member of a terror organization” and was arrested for sharing the pictures she drew during the curfew and security operations in the Nusaybin district of Mardin in 2016 on social media. Describing the ruined image of the city, Doğan said about her prison sentence: “I was imprisoned for 2 years and 10 months because of painting this picture with the Turkish flag on the ruined buildings. In fact, they were the ones who took this photo. I just painted the photo they took.” Doğan is currently living in exile.

Mass protests began at the beginning of 2021 against the assignment of rector Melih Bulu, who was appointed to Boğaziçi University by President Erdoğan. A group exhibition organized during the protests, which brought together many people of different ideas with the understanding of creating a collective consciousness, once again inflamed the discussions on art and censorship. A work called Şahmerdan, which met with the audience within the scope of the exhibition and shows the Masjid al-Haram in the background, was faced with the accusation of „insulting religion“. The work, which is decorated with LGBTQI+ flags, was subjected to severe police intervention on the grounds that it did not comply with the fundamental views of Islam and tried to humiliate a part of the society. Some politicians, especially Devlet Bahçeli and Süleyman Soylu, interpreted this work as disrespect to the Kaaba, which is considered sacred in Islam, and after these targetings, Boğaziçi Fine Arts and BÜLGBTİ+ club were searched and BÜLGBTİ+ was closed. In this process, two students of the university were arrested and two other students were sentenced to house arrest. The British broadcaster BBC said that the reactions „turned into a campaign targeting the LGBTI community“, the European Union called on Turkey to „respect its national and international obligations and release those arbitrarily detained for exercising their right to peaceful assembly in recent weeks“. The United Nations High Commissioner for Human Rights (BMCHR), on the other hand, called for the release of the students detained during the protests and declared that it condemned „the hate speech of the authorities targeting LGBTI+ individuals“.

The censorship, threats, and lawsuits they face, as well as being deprived of basic needs such as concert permits, rehearsal venues, and cultural centers, and the lack of state support due to the increasing economic problems with the pandemic, prevent the artists from performing their work and some of them to leave the country for good.

Undoubtedly, one of the areas most affected by the pandemic is the field of culture and art. Private theatres, performance centers, and entertainment venues started to close one by one because they could not find funding and perform shows. Outdoor art activities are prevented or restricted by the governor’s decision, and indoor activities are prevented or restricted by the circulars of the Ministry of Internal Affairs. The main criticism of the artists in this process is the inconsistency of the measures taken. Inconsistencies such as keeping the schools closed but the shopping malls open, or Friday prayers being held in Hagia Sophia with 350.000 people, Erdogan’s ability to hold a rally, but the ban on open-air concerts give the impression that the government has turned the pandemic process into a different kind of pressure mechanism.

What Could be Done Better?

AKP imposes censorship and bans on works of art by taking the „national values“ that it defines according to itself as a measure. Since the political agenda in Turkey changes so rapidly, interventions in art become a „secondary“ thing. When a film about the Kurdish issue is censored, a section of the society turns their backs on it saying it is not their business, thus preventing mass resistance to systemic political pressure and the emergence of an atmosphere of collective solidarity. Therefore, all oppression, intimidation, attack, and censorship must be resisted collectively.

The duty of the state in the art world may not be to intervene but to present new regulations prepared in consultation with the artists. State funds should be distributed transparently, not according to the current government’s political stance. That’s to say, the relationship between the state and the art world is a problem that the state can solve by providing financial support and autonomy to artists and art institutions.

Artists and the public should not normalize but reject this oppression and censorship. Otherwise, self-censorship will come into play. Since consistency, freedom, diversity, and creativity cannot be mentioned in the context of self-censorship, producing art will not be possible as well!

„This article is dedicated to Doğan Akhanlı (1957- October 31, 2021), a dear friend, comrade, writer, mentor, a vibrant human rights activist, father, son, lover, the most fascinating flaneur I have ever met! Işıklar içinde uyu Doğan abim! Your presence is always present 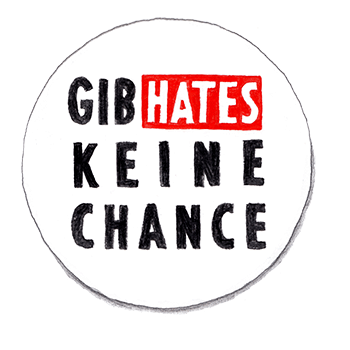