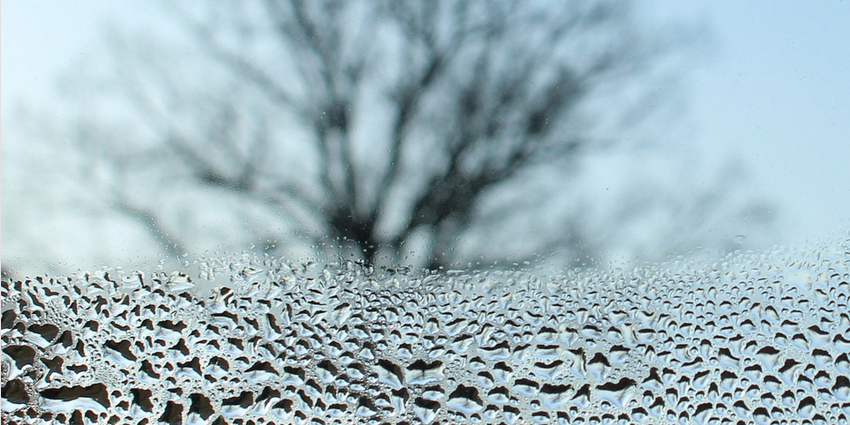 Brett Anderson (Suede): It’s much easier to rip off The Clash than Suede! Brett Anderson: Do you want something to drink?

I’ll take a coke, thank you.

A regular Coke is fine, thank you… so you’ve formed Suede in the early 90ies…

Brett Anderson: …we actually formed in 1989…

…what are your fondest memories of being in Suede?

Brett Anderson: One of my fondest memories is the show we played in march 2010 in London…

Brett Anderson: Yeah, it was an amazing night. It was the first time we played together for 7 years, we didn’t really know what the reaction was going to be like. It was very special, a quite magical night. That’s probably my favourite show we’ve ever done. If I had to chose one moment to relive for the rest of my life it would be that very moment.

Did you set out from the beginning on to do a full blown reunion or did the idea just develop after that gig?

Brett Anderson: I don’t think we had much of a clue what’s up next. We just did it. We just did what felt right at the time. We didn’t have a big plan. It was “this feels really good, let’s do some more shows and stop doing it before it gets really boring. …again!” So I don’t know how long it’s gonna last for and I don’t know if we’re gonna play shows next year. We might not – we got no shows booked for next year. I think it’s important to keep it special. If you’re gonna reform a band, it’s very easy to become really ordinary and quite dull quite quickly and I think it’s your duty to your legacy, to your fans to make it special so it doesn’t descend into some kind of self parody. At the moment it feels great. When I go on stage it feels electric, it feels amazing. But who knows…

I was talking to Carl Barat of The Libertines some weeks ago and he said he wouldn’t mind playing the odd gig with The Libertines but would never embark on a big “Up The Bracket” reunion tour without performing new songs. So if you go on performing with Suede do you think you have to write new songs?

Brett Anderson: I think Carl is probably right there actually. In order to move it forward, to take it to the next level you sort of have to do new material, it has to have some sort of contemporary context. Otherwise it’s just nostalgia.
It doesn’t feel like nostalgia when we go on stage, it does feel strangely contemporary, though. I don’t know why… we’re playing with quite a passion, so it doesn’t feel tired but I think in order to carry on you need to inject something contemporary. I think Carl is totally right, I agree with that. If we would make another Suede record, yes, of course we’d tour it, but I don’t think we’d do a tour unless we write a new Suede record.

You are playing nowadays with the line up from the late 90ies.

Brett Anderson: It’s the line up from Coming Up, which is from 1996. Was it a conscious decision that you’d tour with that line up instead of Bernard Butler, your former songwriting partner of the first two albums, rejoining? Or didn’t Butler want to be part of it?

Brett Anderson: I read some interviews in which he said he wasn’t interested in doing reunions and I completely respect that point of view, there’s even a part of me that kind of agrees with that. So it didn’t seem relevant to ask him. I did tell him, though. I called him and told him “look, this is what’s happening, I’m bringing Suede together for a couple of shows, I just wanted to let you know out of some kind of courtesy.” We went out, having a chat and dinner together. Then we ended up working together, remastering the new Best Of. Our relationship is quite healthy at the moment. We get on quite well, which is nice.

You recorded with Bernard to the surprise of many an album as The Tears. I always loved that “Refugees”- Single.

Why did you go on recording solo albums instead of doing another Tears record?

Brett Anderson: We started writing some stuff for a second album late in 2005. But I don’t know what happened really. We fell… we just wanted to do other things. We weren’t pretty sure what The Tears was actually. It was definitely a band for a while but we didn’t necessarily have a long term plan for it. I don’t know, Bernard wanted to go into production, I wanted to release a solo album… maybe we lost a bit of focus on that. It happens. It wasn’t really that we split up in that sense, we just didn’t make a second album. Maybe we will some day, you’ll never know.

Last week Pulp announced that they were doing gigs next year again, Blur did their big reunion thing last year. Why do you think that Suede performing, or Pulp or Blur for that matter, is still such big news? Why are people still interested in bands that haven’t released a record in seven or more years?

Brett Anderson: I don’t know, I can’t answer for those two bands. All I’m talking about is Suede.

We had lots of fans that love the music. And our music – not all of it, but lots of it – is quite timeless. The songs are well written. I think the production lets it down in places, but I think songwise and as a live band, Suede is a very powerful prospect.

Would you single out one of your albums that sounds still quite perfect and which album do you think is difficult to listen to nowadays?

Brett Anderson: That’s a tricky question… I think productionwise the best album is probably the fourth album, “Head Music”. Songwritingwise it’s not the best! But the production is fantastic. “Everything Will Flow” is perfect, “She’s In Fashion” is a very well produced track. It’s probably not our best album, but it’s a good Suede album.
“Dog Man Star” (the second album, Anm.) is the best album regarding the songs but it’s got a quite murky production, which kind of suits it in a funny kind of way.
I think the production on “Coming Up” is the one I regret the most. Lots of the songs are trivialised by the production. Because the songs were quite powerful and heartfelt but the production is trivial, tinny. A song like “Trash” could have been a much more soulful record but it sounds throwaway.

What do you think about the debut nowadays?

Brett Anderson: The debut is pretty good actually, “The Drowners” is a great record!

I wouldn’t sing the vocals the same way again, though. I’m singing almost antagonising in places on the debut. I regret that. “So Young”… I should have turned it down a bit.

The last album, “A New Morning”, was released in 2002 after a three year hiatus. To me, it didn’t feel as contemporary as all the other Suede albums did when they were released. What do you think about “A New Morning”?

Brett Anderson: I don’t like it. With all due respect to people who liked it back at the time, it’s the weakest Suede record and to be pretty frank: I regret making it. It would have been much better for Suede if we had split up before making „A New Morning“. But that’s the benefit of hindsight. It’s not as easy not to make crap decisions when you are in the heat of the moment. It got some good moments, “Obsessions” is a really great song actually and there are a couple of b-sides from that era, a song called “Simon” – they are all really fantastic. Unfortunately we were quite confused at the time and we didn’t know which songs the good songs were and which the bad… I’m willing to hold my hands up and say “it’s not the best Suede album”!

Brett Anderson: The ones on the Best Of, I’ve chosen them! *laughs*
“Europe Is A Playground”, “Killing Of A Flashboy”, “Living Dead”, “My Dark Star”, “To The Birds”, “My Insatiable One”… “The Big Time”…

…on one of the b-sides to Coming Up there was a live recording of you singing with Neil Tennant of Pet Shop Boys.

Brett Anderson: We did a show at the Roundhouse in London and he came on stage with us.

That was pretty uncommon in the mid 90ies. Suede were hot and Pet Shop Boys in some ways yesterdays news. How did that happen?

Brett Anderson: We were always big fans of the Pet Shop Boys. And I think it’s way more interesting to collaborate with people who aren’t from your genre. It would be pretty dull if we started collaborating with Pulp, wouldn’t it? The whole point of collaboration is an interesting mix. I know Neil for a long time, he’s a lovely chap, always a gentleman. And we were kind of friends for a while. And I thought he might like to come on stage and sing “Saturday Night”. And then we did a coverversion of Pet Shop Boys’ “Rent”, which is one of my favourite songs ever. Me and Neil got a lot of friends together. It’s some kind of gang of people.

Do you still listen to new bands? Brett Anderson: I like the new Foals album as well. I can see a lineage with The Horrors but not with Foals. But it’s a fantastic record.

Klaxons are fantastic, there’s another band called These New Puritans which I really like. Bat For Lashes, The National… people like that!

Is there any new band walking in your footsteps?

Brett Anderson: It’s interesting that many bands told me that they were influenced by Suede. Jamie from the Klaxons told me that he was *massively* influenced by Suede. That was the reason that he started forming the Klaxons in the first place. Obviously more in terms of spirit, Klaxons don’t sound like Suede at all. To be honest, I much rather people took that than stole a few chords and copy our haircuts. That would be a pointless misinterpretation, that would completely miss the point.
I heard the same from Kele of Bloc Party, lots of other bands.

I agree that there’s no band that sounds like Suede.

Brett Anderson: Suede are quite unique in lots of ways. Critics said that we sound like a mid70ies glam rock band – I think that wasn’t completely accurate, there is much more depth to the band. Also I think it’s quite hard to rip off our sound. It’s not simple music. It’s much easier to rip off The Clash. It’s not a diss, it’s just simple music. Suede is quite complicated music. The kind of melodies for the singer, the kind of guitar playing, that’s quite hard to play.

Our influence is more about spirit than xeroxing our style. 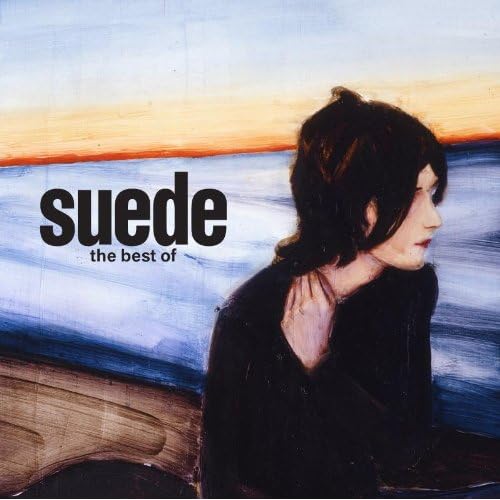